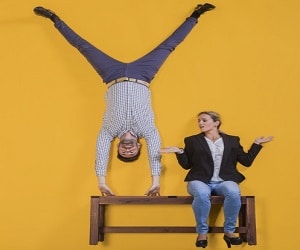 Financial scams exist. Some fraudulent investments are real scams that will make you lose the full amount paid without hope to see them again someday. To identify these practices and avoid them, find out in this article how to identify the operating mode, which is the preferred target, what means are used by the authorities to fight against, and our advice to protect your savings.

FINANCIAL FRAUD: STATE OF PLAY, TARGET, AND MODE OF OPERATION

While guaranteed capital investments have anemic returns and investments in the stock market can put the most risk-averse individuals at a disadvantage, many investors are attracted by investments that combine performance and security. However, if it is always appropriate to opt for investments with the best risk-return ratio, it is better to be wary of offers too enticing.

Always be wary of very attractive returns and financial investments

Highly attractive returns on investments in Forex, diamonds, rare earth, bitcoin, wine, cows or savings booklets should put you in the spotlight, especially if you have never heard of the company who proposes them. And do not be fooled by appearances. The websites through which you can subscribe to these investments are sometimes very well constructed, well written, contain real information and seem in all respects serious. They are, by the way, the objective is to succeed in defrauding the private individuals and to sweep in the passage of astronomical sums.

Indeed, the considerable losses for savers evaluated at least 1 billion euros between 1 July 2017 and 30 June 2019 according to the authority of the financial markets.

The target of financial scams: the retiree with savings

Older people (especially those aged 60-69) are the most affected because they are also the ones who have more capital. They can also present vulnerability factors that make them more sensitive to telephone solicitations such as family isolation or the search for socialization. Retirees are therefore the hardest hit, but all socio-professional categories are represented.

The operating mode of the financial scam: Internet

The operating mode is always the same: it involves investments made entirely online, without any physical encounter. The investor can possibly come to the site himself but is most often solicited by receiving advertisements and especially targeted advertisements on the web.

A false adviser, with a discourse associating real information and shameless lies, is in charge of putting the interlocutor in trust and inciting him to make a first payment which you will be able to observe via graphs, curves and pie charts, the yield (supposed). The investor is then encouraged to make other, often larger, investments by telephone, with urgent and insistent advisers, arguing that the macroeconomic environment will soon make the investment less attractive and therefore an opportunity. Do not miss. Investments are made in foreign bank accounts, sometimes in the EU, but the money is immediately transferred to much less cooperative countries at the judicial level. In the end, the investor will never be able to recover the invested capital.

Warning: victims can be scammed a second time. They will be asked to recover the sums lost and will then be asked to recover the sums originally invested to pay customs fees, deblocking, etc. We can also “make them believe that they are indebted for other sums because of investments already made,” says the AMF. Attention, in all cases, the investor will not return his money and pseudo-advisers will not be reachable.

THE FAVORITE INVESTMENTS OF CROOKS

The complaints filed with the AMF, the Paris prosecutor’s office and the ACPR have evolved considerably in recent years. Formerly, it was the forex who was a bad student with many scams on the foreign exchange market. Credit institutions have also been subject to numerous complaints until 2016.

THE AMF, THE PARQUET OF PARIS AND THE ACPR HAND IN HAND TO FIGHT AGAINST FRAUD

The AMF, the Paris prosecutor’s office, and the ACPR have also pooled their resources to detect unauthorized offers and alert financial advisers, consumer or defense associations and, more generally, savers.

Thus, these three institutions encourage individuals to learn about the procedure of crooks to identify fraudulent practices and avoid them.

At the same time, they have identified more than 1,000 websites published on regulators’ blacklists. The AMF also multiplies the actions to obtain the blocking in France of the access to illegal sites of investment.

Finally, at the legal level, the rules have been tightened with the Sapin 2 law, which prohibits electronic advertising for investments in speculative and risky products. More recently, the Pact law has banned solicitation “for offers on digital assets that have not received the visa of the AMF or for providers of services on digital assets unlicensed,” says the AMF.

OUR TIPS TO AVOID SCAMS AND PROTECT YOUR MONEY

The AMF recalls that “any investment proposal putting forward a promise of financial return” but also “any promotional communication or canvassing” must be “registered with the regulator”. So be wary of job offers that do not have this registration.

Also, check that the company you are dealing with has the right to market the product in question in France. You can consult the registers of three organizations: REGAFI for the register of financial agents, ACPR for lists of insurance organizations, and ORIAS for financial intermediaries. And be realistic and pragmatic: this is the best way to avoid scams.

What is too good to be true … is not true!

The authorities “invite the public to systematically question the plausibility of an offer whose characteristics (return, absence of risk or verification of solvency, request for payment of funds to benefit from the product, etc.).” would be significantly different from those proposed by traditional market players “.

The Paris Public Prosecutor’s Office, the AMF and the ACPR, therefore, invite savers to be very vigilant, but also to point out to them any offers that seem doubtful to them.

If fraud has occurred, the authorities recommend filing a complaint with the nearest police station or gendarmerie, making sure to communicate all relevant facts.