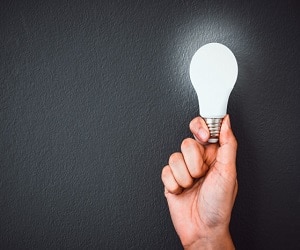 Since the financial crisis of 2008-2009 and the ensuing debt crisis in the European Union, particularly affecting Greece, central banks, and particularly the European Central Bank, have been very accommodative and are multiplying the rate cuts. director to boost growth and inflation, to opt for negative interest rates.

What is it about? What consequences does this practice have on the financial markets and your money? Which investments are doing well? All our explanations.

NEGATIVE RATES, WHAT IS IT?

This situation, a priori aberrant, can, however, be justified by the macroeconomic context. Central banks, to support the economy, practice a policy of monetary easing, notably characterized by a decrease in key rates and a drop in the deposit rate. The key rates condition the setting of the rate of the interbank market, that is to say, the rate at which the banks lend themselves to each other. The deposit rate is the interest that banks will earn by putting their money in the coffers of the central bank. In the case of a negative deposit rate, it costs the bank to put its money in the central bank.

Mario Draghi on September 12, 2019, announced a drop in the deposit rate to -0.50% and it is not about to stop since the ECB explained that it would keep “rates at current levels or lower until that the inflation outlook converges robustly “towards the 2% target and that” such convergence has been regularly reflected in the underlying inflation dynamics. “

Banks are thus encouraged, rather than letting their money fall into coffers, to use it, that is to say, to lend it to households and businesses, which should, at least in theory, support growth.

HOW TO TAKE ADVANTAGE OF CURRENT NEGATIVE RATES?

Negative rates have a real impact on the bond market, the equity market and the real estate market. In light of these major changes, the private investor may have to arbitrate between these different asset classes to take advantage of negative rates.

The lowering of rates, the last cartridge of central banks to revive the economy, is, therefore, an incentive to lend money to individuals and businesses. And the real estate market is undoubtedly the first beneficiary of the situation. In fact, the 10-year Treasury Assets Liability (OAT) that passed in June 2019 in negative territory is the benchmark for home mortgage rates.

In fact, in this context, banks prefer to lend to individuals their liquidity – even at very low rates – rather than to place them at negative rates, especially since the default rate on mortgages is in France the highest. Europe and only 0.1% of credits. “Real estate credit is more than ever strategic for banks because it is a cost-effective and low-risk way to invest their cash, especially since today they have very few other alternatives” Jerome analysis Robin, General Manager of Youfinancer.

Negative rates lead to a drastic drop in mortgage rates, which could fall again. Funding below 1% may become the norm. If they are not negative, mortgage rates may be lower than inflation, which means that there is a real financial incentive to borrow. “At that level, it’s not going into debt anymore to get rich! It’s spending not to lose, “said Maël Bernier, Meilleurtaux spokesperson in a June 2019 press release.

Thus, in the current context of negative, or very low, policy rates, deposit rates, and government borrowing rates, bonds lose their appeal to the investor. Conversely, it will be interesting for individuals and businesses to borrow.

In this context of negative rate and low yield of guaranteed savings, what to do with its liquidity? It may be wise to place them on the equity markets.

Bonds no longer yield anything, this situation automatically pulls up stocks, the only assets to be able to provide an attractive return to the saver, especially since companies can easily finance their development by resorting to credit, at a rate very low. In fact, the situation of negative rates encourages banks to lend at extremely attractive rates not only to individuals but also to businesses. The latter therefore have the possibility of borrowing at a rate lower than inflation to finance the development of their activity and thus consolidate their growth.

Beware, however, we are at the end of the cycle and the recession leaves a threatening shadow on the markets. It will, therefore, be necessary to be selective and particularly vigilant on the fundamentals of action before investing in the stock market.

Envelopes with a certain bond ratio are likely to experience a slowdown in their performance in 2019, such as the euro fund of life insurance, which is mainly composed of bonds.

But the fall in rates and their incursion into negative territory is also mathematically accompanied by a decline in bank books, regulated or not.

Finally, this policy of negative rates is particularly penalizing for banks who are seeing their margins shrink and, at the same time, must honor the positive rates of guaranteed income envelopes.

Finally, the policy of negative rates leaves to sow uncertainty on the after. How to get out? What will happen when central banks stop adopting their monetary policies?