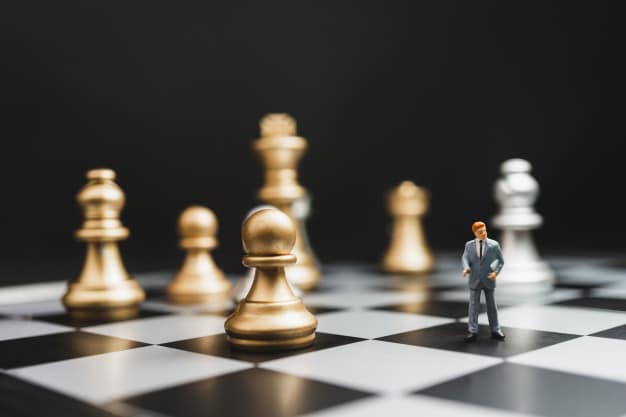 Is investing in a stock market index with an ETF or a tracker interesting? Discover our study of the main stock indexes in the world for 25 years.

The ETFs or trackers experiencing a craze in recent years, their typology likely to replicate the changes in their underlying cheaply. This type of strategy is sometimes also called passive management. There are thousands of different ETFs based on geographic, industry, asset class, management style, and more. We are interested here in index ETFs.

Discover our analysis of the main major market indices over 25 years, and by extrapolation, the performances that would have been generated as part of an investment strategy in index ETF, which, we recall, aims to replicate the evolution its stock market index.

In graphical reading, many stock indexes show a strong uptrend in the very long term, still relevant today. However, there are some risks to consider that will be discussed at the end of the article. Decryption.

Discover our study of the evolution of the CAC 40, S & P 500 and Nasdaq stock indexes over 25 years.

CAC 40: Study of the stock market index in the graph

Evolution of the French CAC 40 index over 25 years

On the chart above, note that investors who invested in CAC 40 ETFs at its peaks (years 2000 and 2007) have never reviewed their purchase price to date. These periods correspond to the areas between the dotted green line (current price of the CAC 40) and the peaks observed during the years 2000 and 2007.

Nevertheless, investors who benefited from a buying strategy during periods of lower CAC 40 index were able to benefit from strong upward trends, especially between 1995 and 2000 with the evolution of almost 300%.

The upward trend initiated in early March 2009 still seems validated in graphical reading. Indeed, the “range” benefits from low and high points higher and higher over time, which indicates a certain strength of the uptrend. It is, therefore, possible that the CAC 40 index will continue to rise in the months, if not years if we rely solely on graphical reading.

The S & P 500 stock index (made up of the 500 largest US companies listed on the Nyse and Nasdaq markets) has had three major bullish phases since the 1990s:

Note that investors who opted for buying strategies on the S & P 500 index at its highs of 2000 and 2007 should have waited until March / April 2013 before generating positive performance, a wait of 13 years for those entered on the highest of 2000.

Nasdaq: a study of the stock market index in the graph

The Nasdaq Stock Exchange, also known as Nasdaq Composite, is currently composed of more than 2,500 listed companies, mainly from the technology, telecoms and e-commerce sectors.

The index has had three major bullish phases since the year 1994:

The two major bearish phases of Nasdaq were:

Investors entering the Nasdaq’s 2000 highs at the peak of the tech bubble had to wait 16 years to benefit from positive performance on their index-backed investment vehicles.

On the contrary, those lucky enough to have entered the low points of the Nasdaq were able to benefit from strong growth because the index experienced very strong growth between early December 1994 and early March 2000, with just over 600% of the upward variation. Note also the good performance of those who have invested in the purchase since early March 2009 (trend still in process that has generated + 548% currently).

Evolution of the Dow Jones Index over the last 25 years

Evolution of the Dow Jones US Index over 25 years

The Dow Jones 30 Index includes the 30 largest US industrial companies. It has sustained long-term growth, except during the period of the 2008 financial crisis. Over 25 years, the Dow Jones 30 index has experienced a strong growth of +614%.

Evolution of the Eurostoxx 50 index over the last 25 years

Evolution of the Eurostoxx 50 European index over 25 years

Evolution of the Nikkei 225 index over the last 25 years

Evolution of the Nikkei 225 Japanese index over 25 years

Evolution of the Shanghai Composite Index over the last 25 years

Evolution of the Chinese Composite Shanghai Index over 25 years

The Shanghai Composite Index includes the largest Chinese companies. Two big bullish impulses took place in 2007 and at the end of 2015, with the achievement of the thresholds of 60,000 points in 2007 and 50,000 points in 2015. Nevertheless, these levels did not hold in time.

Over the past 25 years, the Shanghai Composite index has seen an interesting growth of + 271%.

The Canadian TSX Index includes the largest Canadian companies. Its growth is relatively homogeneous over the very long term, excluding the downward cycles of 2000 and 2008. Over 25 years, the growth of the Toronto Stock Exchange index is interesting, up to + 275%.

INVESTING IN STOCK MARKET INDEXES VIA ETF OR TRACKER IS IT WISE?

Overall yes, because when we graphically read the very long-term developments of major stock market indexes, they are clearly in an uptrend, especially the Nasdaq and the S & P 500.

Nevertheless, we can see that in the context of investing in the backing of these indices at certain high points, the wait could be very long before benefiting from a positive performance (13 and 16 years on the S & P 500 indexes). and Nasdaq in the context of buying strategies at the 2000 highs, or no positive feedback to date on the CAC 40).

However, in graphical reading, these periods of high points are marginal at the very long term scale. It is therefore statistically unlikely that the investor will experience such long periods of underperformance as part of buying strategies on large indices.

HOW DOES THE INVESTOR REACT TO DIFFERENT STOCK MARKET SITUATIONS?

We usually talk about the bear market or bull market when the index crosses 20% up or down. The longer this variation is made over the length, the stronger it will be.

It is important to consider that these threshold elements of the 20% remain theoretical.

For example, the Nasdaq bearish variation between the end of September 2018 and mid-December 2018, which caused the stock market index to fall by 21.3%, was not synonymous with a continuation of the bearish impulse because The index then turned sharply upwards.

It should also be noted that stock market crashes are often sudden and that their overall durations are significantly shorter than those of bullish cycles.

The spontaneity of stock market falls may follow long, bullish phases, which are a priori solid for several years. The investor can quickly lose some of its capital against the magnitude of some falls as part of a buying strategy on stock indices.

In these circumstances, it is difficult to advise investors to opt for a pre-established reaction in the context of possible reversals because the criteria to be integrated are numerous such as:

Investors who are interested in investment vehicles that replicate stock market indices such as ETFs should be aware that it is better to smooth their investments over time.

In case of bad luck, an investor who has invested at one time its capital (“all-in-one”) at the high points of the indices, such as those noted in the bubble of 2000, should wait, at better, more than 16 years without creating value before seeing its capital appreciation. If he had invested in the highest CAC 40, Eurostoxx50 or Shanghai Index in 2007, his investment, still in negative performance, to date, still cost him money.

Despite these elements that can be perceived as crippling, note nevertheless that the majority of major stock market indexes are experiencing “megatrends” (very long-term trends, more than 25 years) of a clearly bullish nature, in graphical reading.

HOW TO INVEST IN ETFS AND WHERE TO FIND THESE ETFs?

ETFs can be acquired within securities accounts and some are also eligible for the PEA (Stock Savings Plan). Moreover, in the context of the PEA, some ETFs have the advantage of being international and, as a result, offer investors an exposure outside the European Union, which is not possible in terms of live actions. In fact, only companies with headquarters in the European Union are eligible for the PEA.

The accessibility is excellent, a single order on the stock market during the opening hours of the markets is enough to buy or sell ETFs.

There are also leveraged ETFs to amplify the change in the underlying index.

ETFs also have the advantage of being regulated by the financial market authorities of their respective countries as stock market products for the general public.